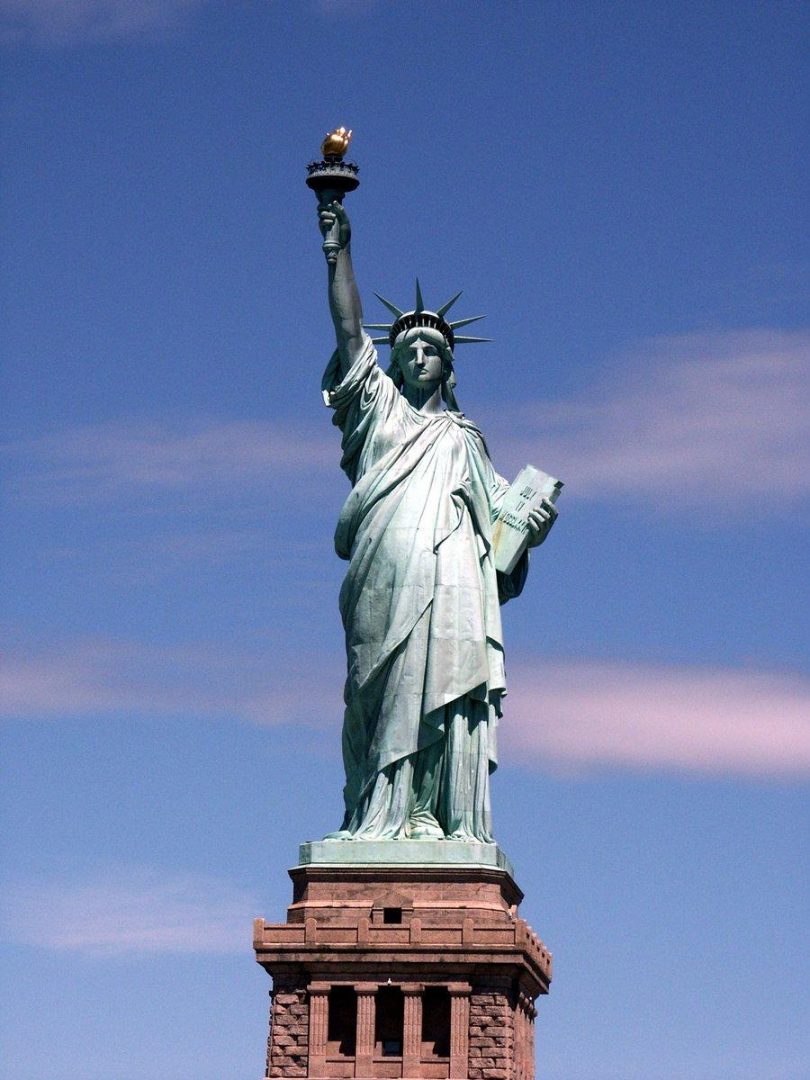 New York has a famous statue, the Statue of Liberty was a gift from France to The United States. The statue signifies the freedom of United States with a broken chain on the leg of the statue. The statue is of a Roman Goddess of Liberty with a torch in her right hand and a tablet used by Romans in the left with the date inscribed in Roman numerals, JULY IV MDCCLXXVI, the date when the US was declared an independent country. The height of the statue from the ground to the torch is 93m (305 ft. 1 inch). The estimated visitors’ count was 3.2 Million in 2009. 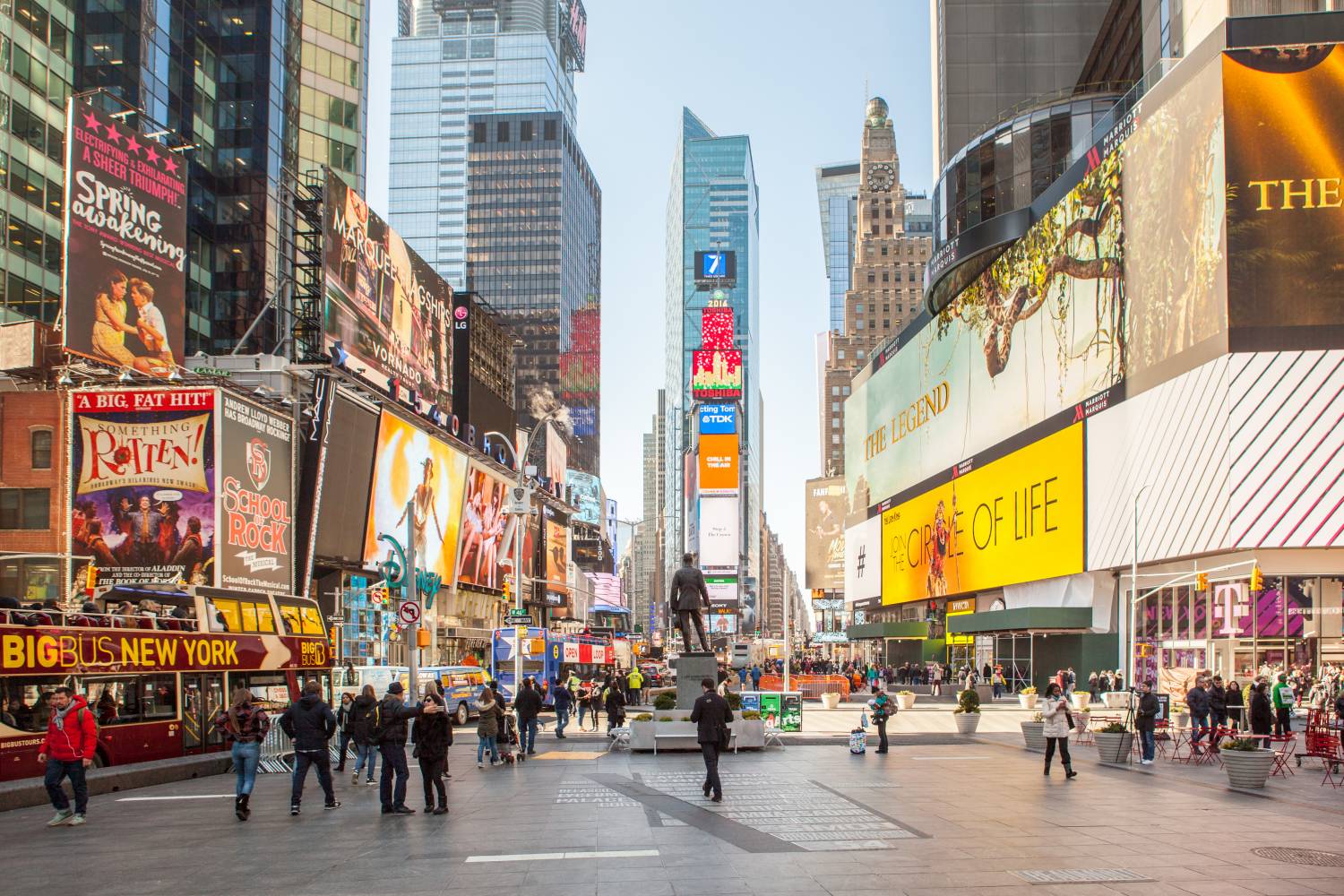 Times Square is located in Midtown Manhattan, New York. It is a perfect blend of commercial, entertainment and tourist center. It is also known as the heart of the World and it is also one of the busiest pedestrian places. It greatly attracts tourist an annual count of visitors are 50 Million annually. On an average, 330,000 people go from Times Square and on a busy day around 450,000 people visit and mostly tourists. If you are a shopping lover, well this is all yours. 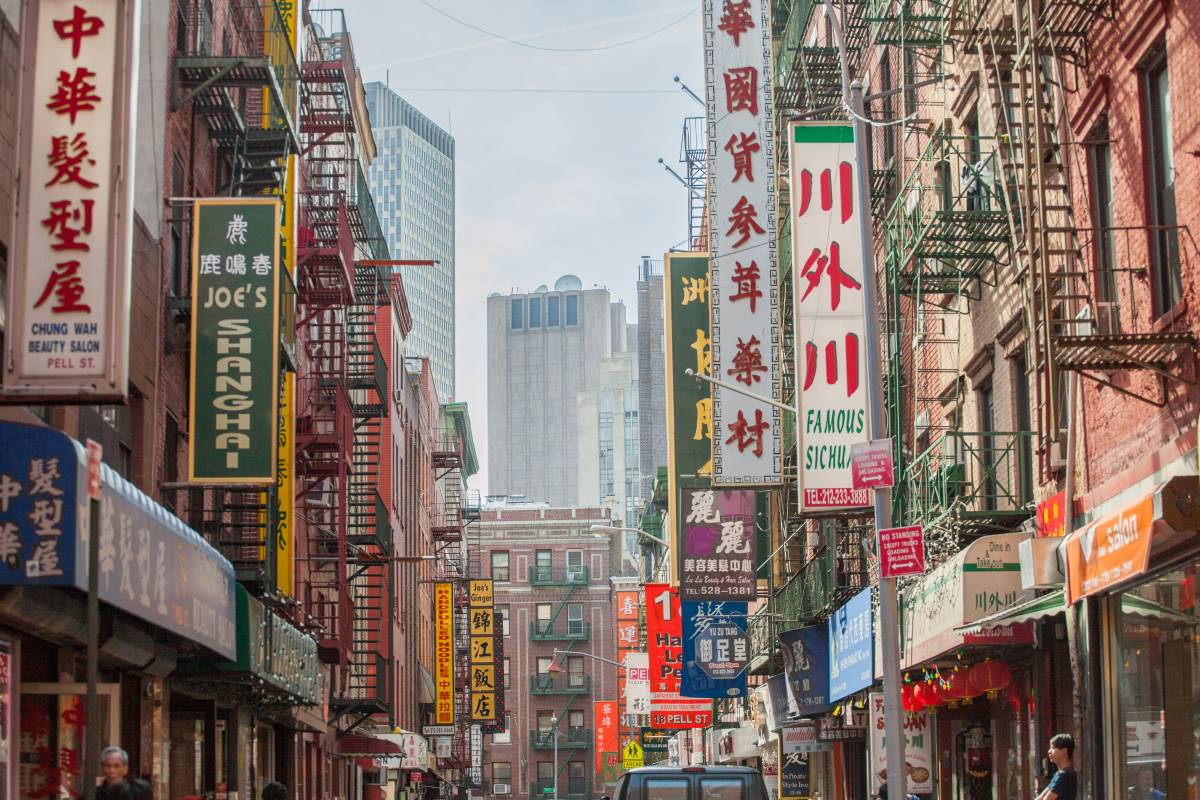 Manhattan’s Chinatown is located in lower Manhattan, New York. The population of Chinese in Chinatown is around 90-100,000 people. It attracts foodies, tourists for the rich variety of their Chinese and South Asian food. There are many restaurants there with a rich variety of food from fishes to herbs. The streets of Chinatown are bright and beautiful covered with lightings all over. It is an ideal place for foodies and family tours. 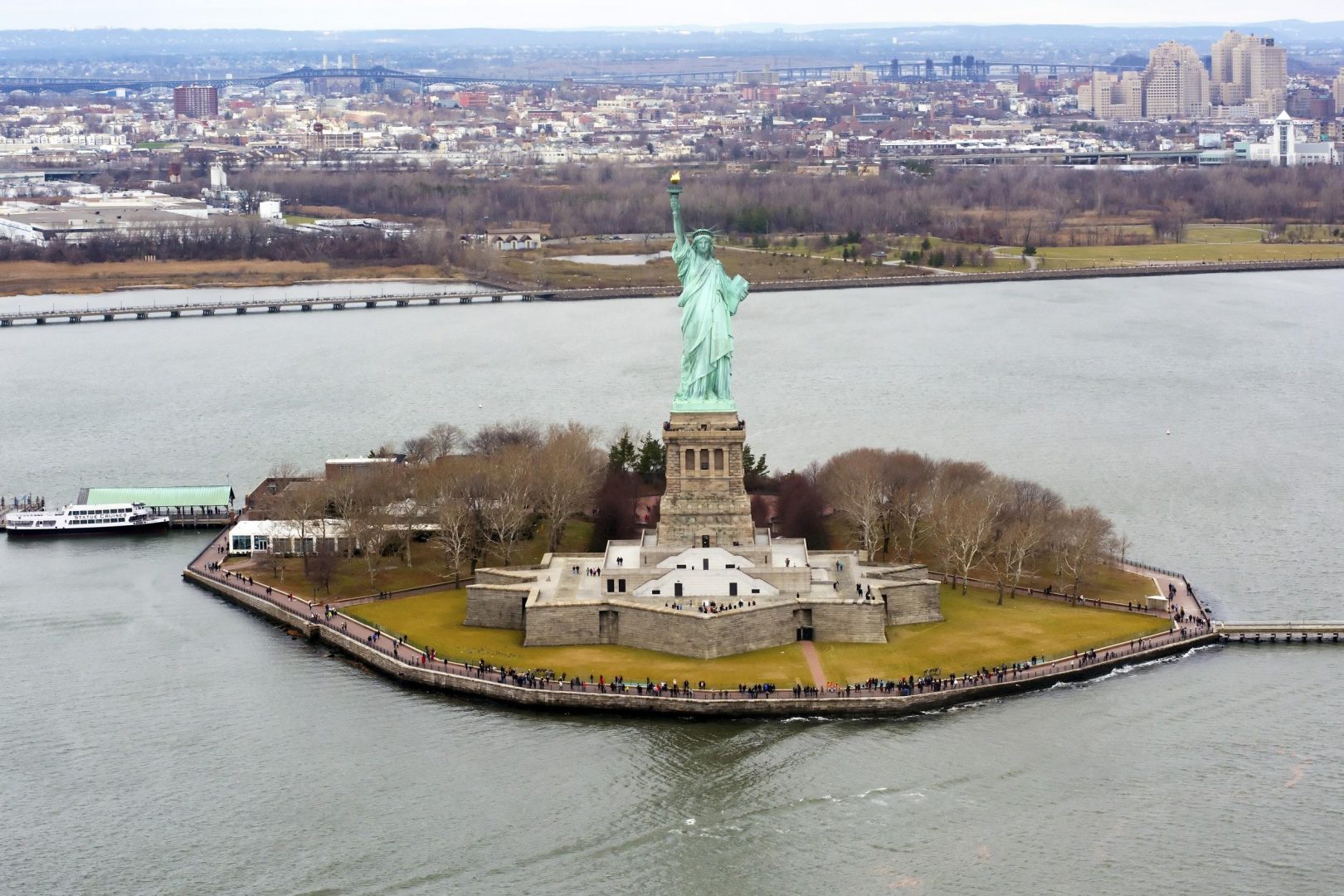 Liberty Island is located in Upper New York Bay. It is spread in an area of 59,588 sq meters (14.717 acres). It was known as Bedloe’s Island until 1937 when it was renamed as Liberty Island by President Roosevelt. The name of the island is Liberty Island because it is named after the Statue of Liberty in 1956 by the U.S Congress. It is a beautiful island with a historic monument which makes it a must visit. 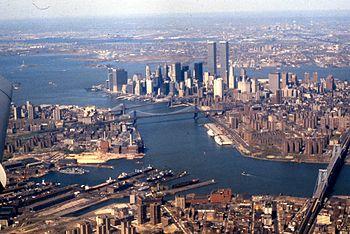 New York Harbor is situated at the mouth of Hudson River. It is considered as one of the largest natural Harbor in the world. The New York Harbor is connected with many crucial moments of U.S and also played an important role in The World War. It is a historical place and a peaceful place to enjoy the beauty of nature. 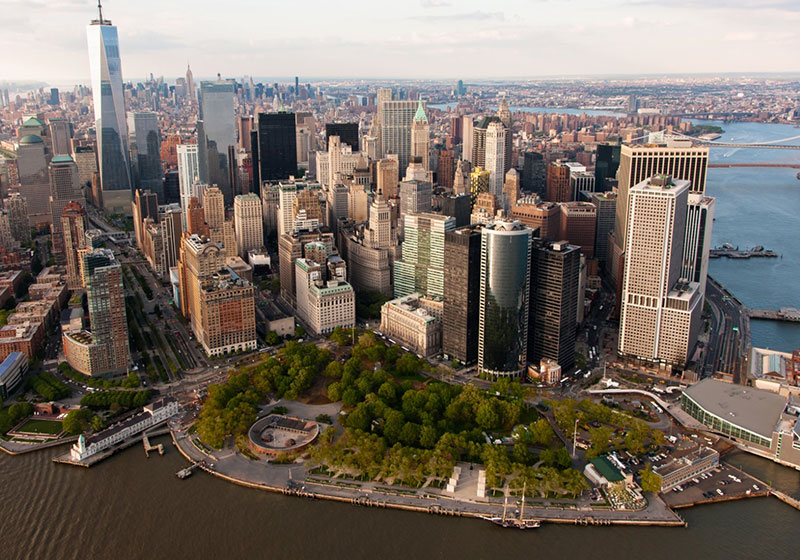 The Battery Park is situated in the southern tip of Manhattan, New York. It is spread in an area of 25 acres. It is a public park with historical memories. It has a memorial, Castle Clinton, American Merchant Mariners Memorials and many more things linked to the American history. It is a beautiful historic place to visit and to learn about the past of America. 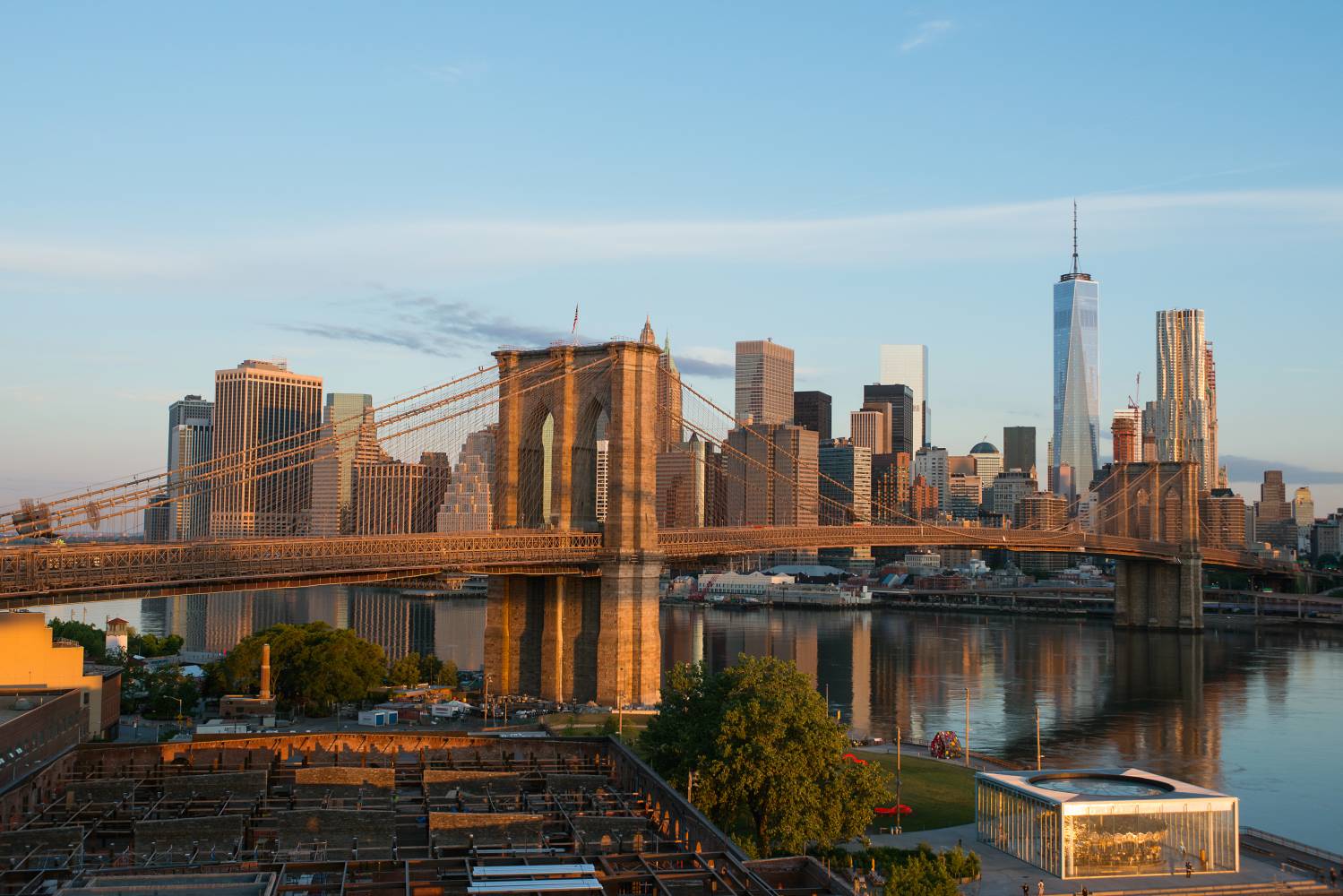 The Brooklyn Bridge is located in Manhattan, New York. With a total length of 5,989 ft (1,825.4 m), the Brooklyn Bridge is one of the oldest railway bridges. The cable cars or elevated trains and streetcars also used to run on this bridge until 1944 and 1950 respectively. But now in the six-lane bridge, only cars, bicycles and pedestrians are allowed. The Bridge is a massive tourist attraction and is a beautiful piece of work done by the architect. 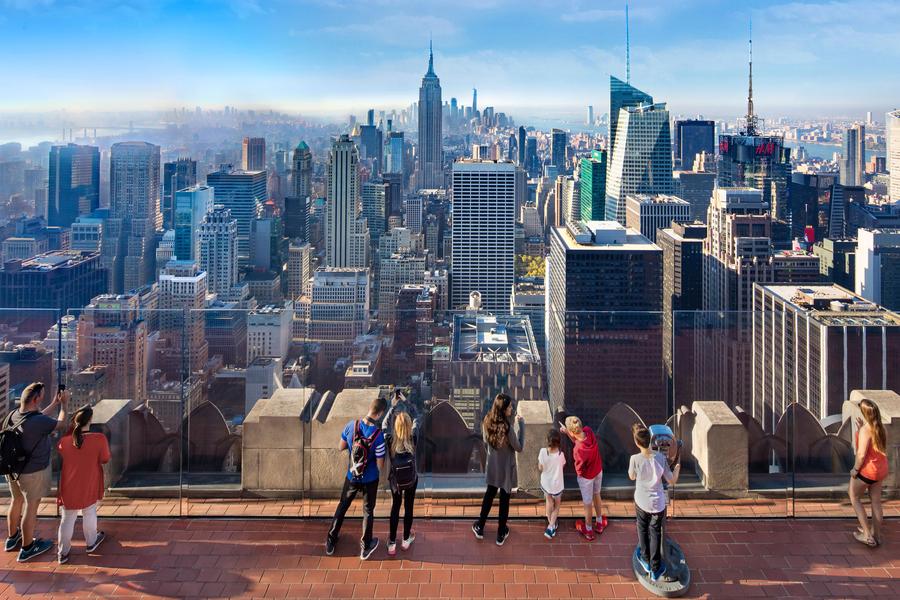 Rockefeller is a massive complex consisting 19 commercial buildings in an area of 88,000 m2 (22 acres). It is situated in midtown Manhattan. The huge building was made in 1930-1939. The building consists of many things like Rockefeller Plaza, Rooftop Garden and underground concourses and many more things. The Rockefeller center also has artwork and statues of Atlas, Prometheus and other. 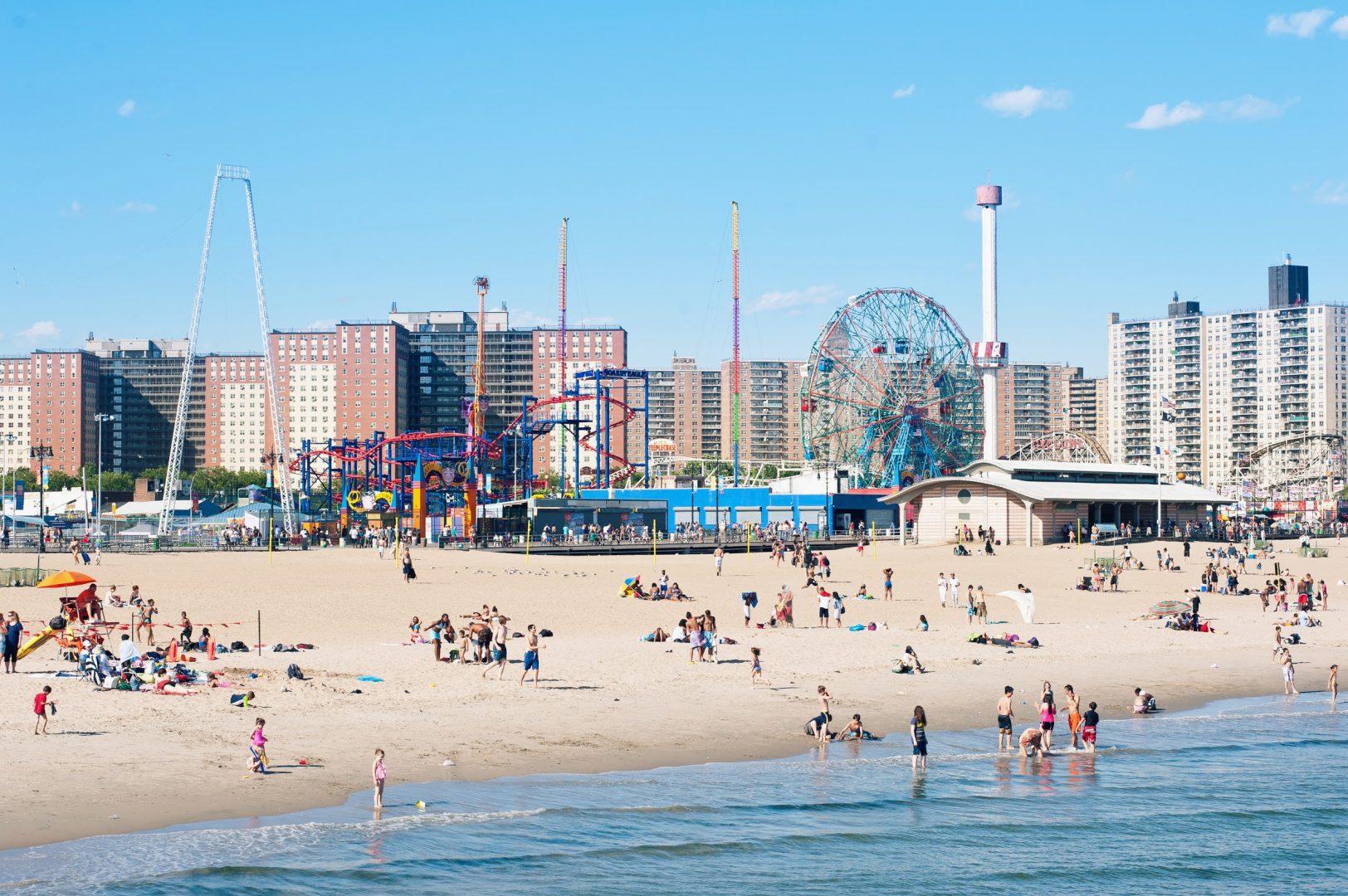 Coney Island is located in the lower bay of Brooklyn, New York. It is 6.4 km long and 800 m wide with a population of 24 thousand people. It has fascinating amusement and theme parks there where are the variety of rides like wonder wheel, the cyclone, parachute jumping and much more rides and activities to make your visit worth. The beautiful beaches make the island peaceful and a great tourist’s attraction. 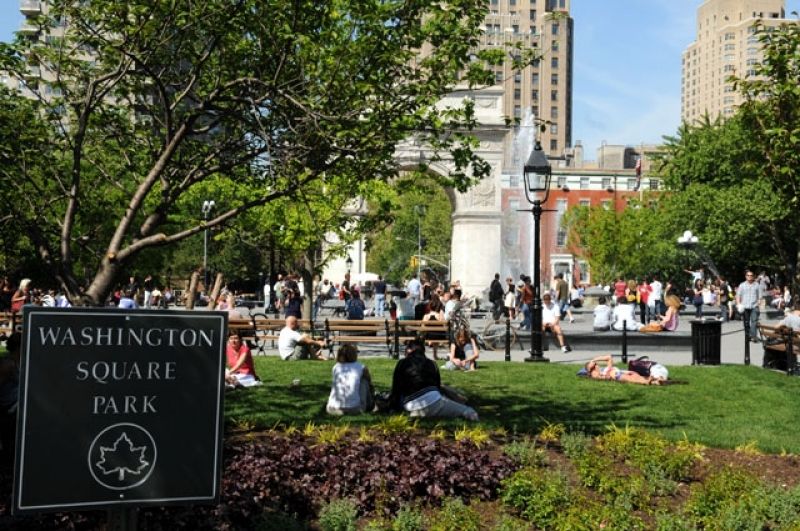 The Washington Square Park is located in lower Manhattan, New York which is spread in an area of 9.75 acres. It is a municipal public park created in 1871. The fountain area and the square arch gateway are a massive tourist and local’s attraction for years. The Park has many things like children play area, benches, picnic tables and much more other stuff. The New York Police Department also operates CCTV cameras inside the park for its security.