Syntheri Rock near Dandeli is a giant rock situated in the forest of Joida Taluk.  Dandeli is a pristine forest located in the middle of Karnataka, with the awe-inspiring river Kaneri cutting a wide swath right through it. If you love trekking into the forests, then this is the place that you would want to head to.

In order to get here, you would have to head out on a 35km drive right through the middle of the sanctuary and once you get there, you can relax for a little while at the Dandeli Jungle camp. But once you have finished resting, you may want to start exploring the nearby forests, as Dandeli does have its own headliner and that happens to be the Syntheri rock.

A monolithic single granite boulder that’s over 300 meters tall, stands tall in the midst of the Dandeli forest, with the river Kaneri flowing at its base. It is certainly awe-inspiring and comes in different colors and shades as the texture of the rock itself seem to change with the reflections that continue to play on it, courtesy of the Kaneri River. 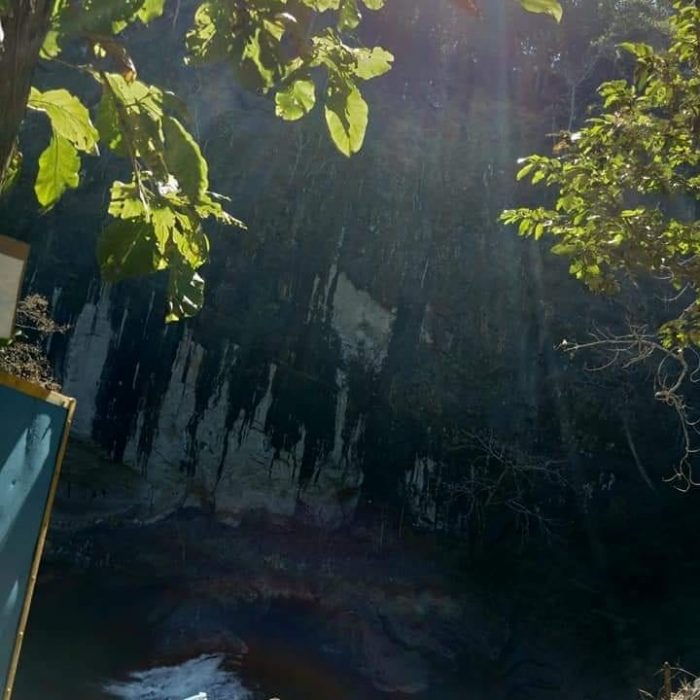 It was discovered more than a century ago and since then, it has stood as a beacon that’s called out to both geologists and tourists alike, who in turn had come here in droves to gasp in admiration, at this structure.

In order to get closer to the huge rock, you would have to climb down 200+ steps and as you head down, you soon get an idea of the visually overwhelming size of this natural formation. Once you have climbed down 80% of the way, you should come across a gazebo which offers you some of the best views of the Syntheri rock in all its glory.

Incidentally, the rock also happens to be 400ft long and allows you to have a glimpse of some of the caves that had been created near the base, by some of the earliest inhabitants in this area.  The river flows quite close to the rock and at times, may even flow right over some of the lower formations.

Tourists are often advised not to enter into the river as it can be quite powerful at times, especially during the monsoon season.

If you are a geology student or a geologist, then you would naturally be interested in this natural formation and the types of rock and strata that seems to surround the Syntheri Rock. Even if you are not, then this is quite interesting to look at and know about.

The local administration has done a good job in classifying the various types of rocks that are identified in and around the Syntheri rock and has even listed the same, with some samples as well.

It would certainly surprise you to know that ancient people often mined gold here, by pounding rocks rich with veins of gold in them. 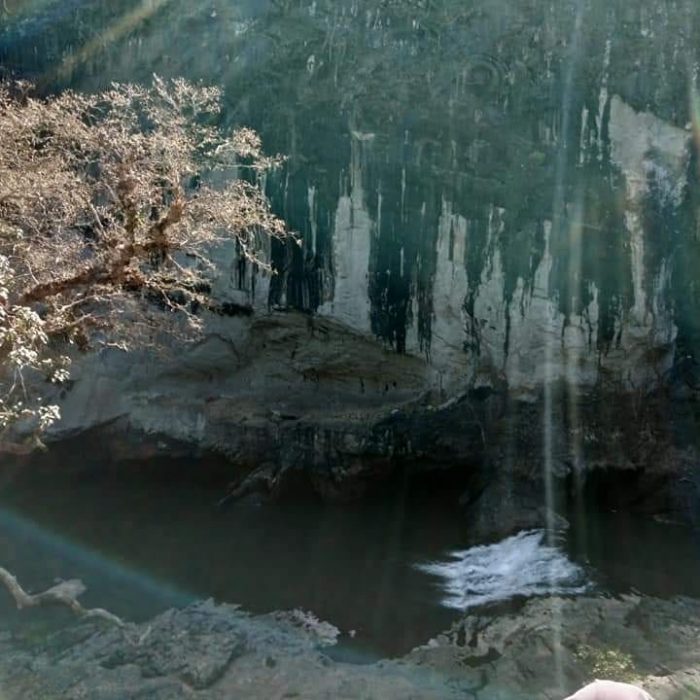 But moving on, the rock is certainly impressive and what’s more, it comes with different formations all along its vertical face. With the river Kaneri flowing right at its base, it does cut right through it, but in the process, falls down the rock in a series of beautiful waterfalls that just takes your breath away.

Though the falls are not big, they are sized just right and you can admire the beauty as you take it all in.

It’s all in the bag

And, as you come close to the base of the rock itself, you may want to use your binoculars to glance at the top of the rock and you should soon see several strange formations at dizzying heights. These are beehives, built by the bees at this height to prevent their honey from being stolen.

This area is also often visited by sloth bears for obvious reasons; and if you are interested in purchasing some of the local, fresh honey, you should be able to do so, from the locals.

This place is ideal for geologists and nature lovers, and if you happen to be one or the other, then you would definitely love this place. Either way, Syntheri Rock at Dandeli is a great place to visit with the whole family but make sure that you research before you head down the road for the same.

Talk to the local administration and book your rooms at the jungle camp in advance. And above all, remember to pack in all the necessities since you never know what you may require, in the middle of the jungle.

But one thing is for sure, the Syntheri Rock is indeed a living monument in stone, unforgotten and exquisitely beautiful at the same time.  If you are planning a trip to Syntheri Rock, you can Contact Us at Thripzel.com.