Places to visit in Delhi 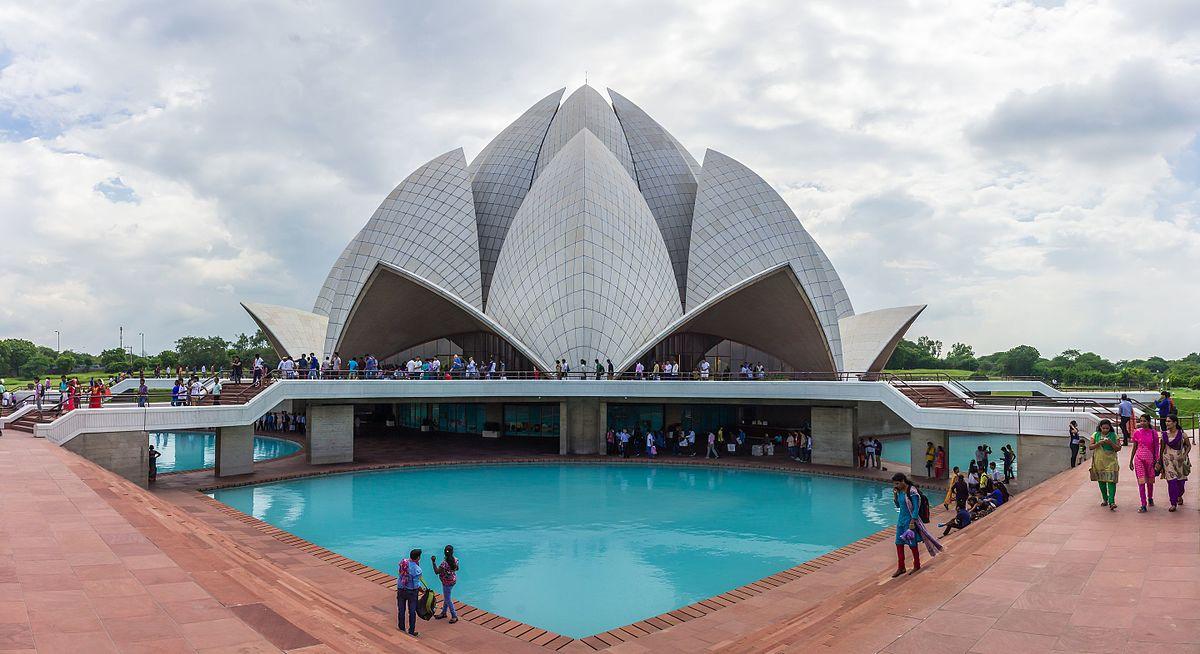 Delhi is a famous for several things and has a phelthora of places to visit.  Lotus Temple is located in Delhi, India. It is an architectural triumph which was established on November 13, 1986, and later opened for public on December 24, 1986.

The Lotus shaped temple was built at cost of $10 Million that is Rs.637106500 (INR) currently. It is a peaceful place where you can worship any religion. It is spread in an area of 105,000 m2 (26 acres). According to the government of India, this beautiful place has attracted over 100 million tourists in 2014. The creators of this phenomenal temple have received many awards and the Lotus Temple was considered as one of the most visited monuments in the world. 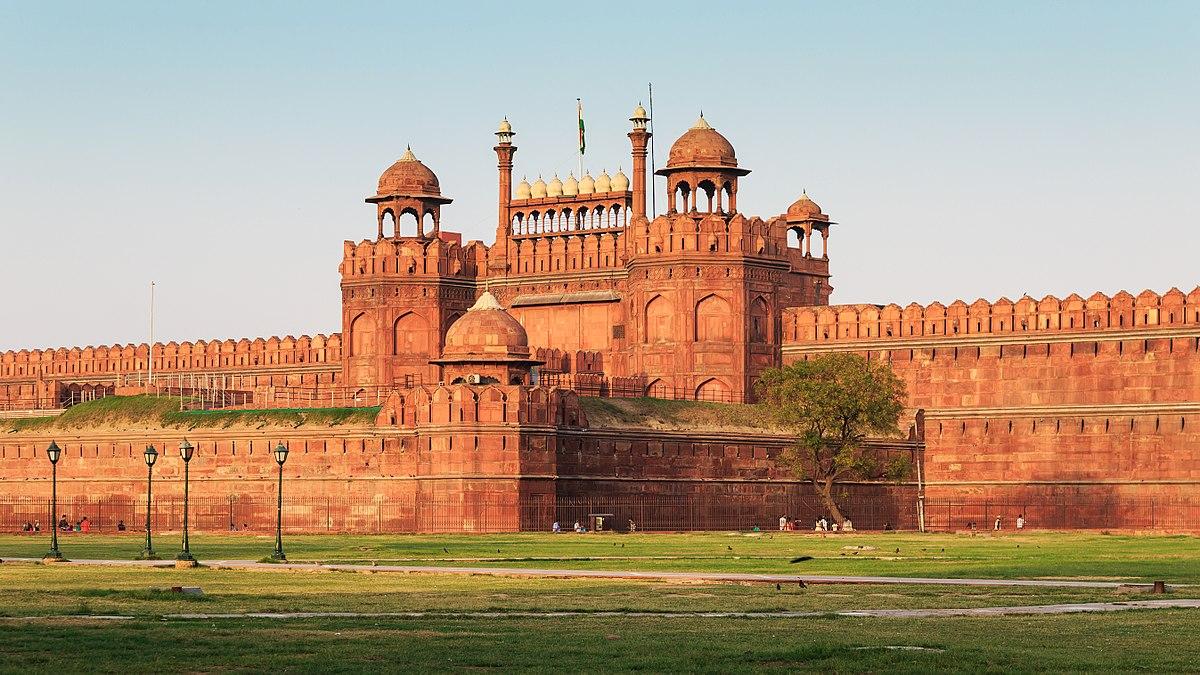 The Red Fort, located in Delhi, India, was the residence of the of Mughal Dynasty where they lived for almost 200 years. It was built on May 12, 1639, through April 6, 1648. It is a historic and important monument for Indians. The Prime Minister of India hoists the flag on Independence day (15 August) from Red Fort every year and gives a speech which telecast in the whole country. It is spread in an area of 254.67 acres with 2.71 km of the defensive wall. Now there is a museum inside the fort which has historic things related to the Britishers, who ruled India and Mughal. 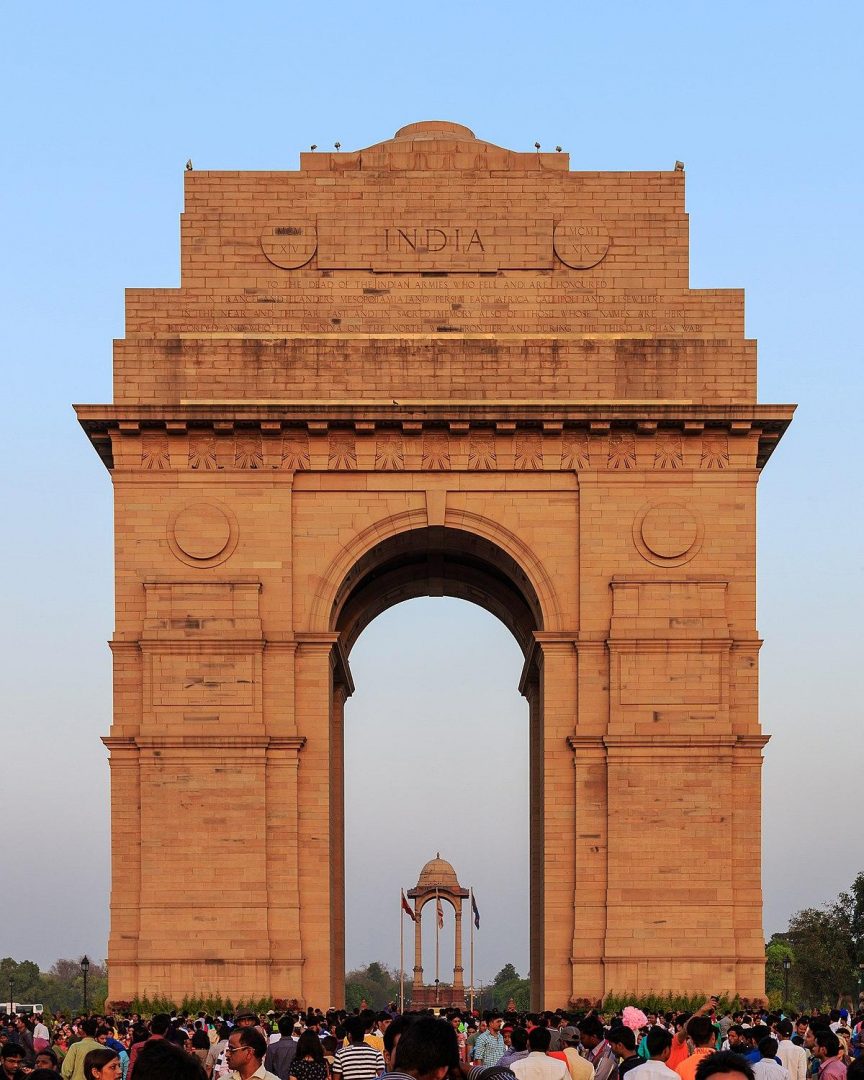 India Gate originally called and known as All India War Memorial, is actually a war memorial which is located near Rajpath, Delhi. This was made to pay a tribute to the brave soldiers of India who died in the first World War in other countries (around 70,000 soldiers). The names of India’s servicemen’s and some of British officers name is inscribed in the gate. It was established in February 10, 1921, but came into public February 12, 1931. It is connected with the history of India and Republic Day Parade is also held in India Gate. 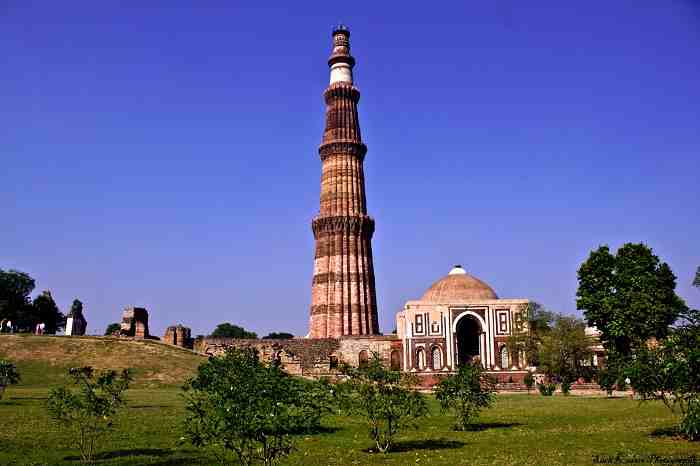 Akshardham is a Hindu temple located in Delhi, India. It was established on November 5, 2005, by the former President of India, Dr. A.P.J Abdul Kalam. It attracts a large percent of tourists in Delhi it is 43 meters in height (141 feet). The huge beautiful temple contains around 20,000 statues of the Sadhu’s and acharyas, 235 carved pillars, nine arched ceilings, and many more fascinating things. The place is a must visit, the beauty attracts any tourist irrespective of their religion

Things to do in Delhi

Delhi has many museums in it like doll museum, science museum, National Museum, Nehru Planetarium and many more. The Delhi museum tour will take you to all these museums to enjoy and watch historic items there.

The city of Delhi is also famous for its variety of temples. The famous temple tour will take you to a tour of all the famous Temples, Mosques, Churches, Gurdwaras. Such as Lotus Temple in Kalkaji, JamaMasjid near Chandni Chowk, Akshardham in Noida and many more.

India has a rich variety of delicious cuisines and all of them you can find in Delhi. Delhi’s food is famous for travelers also and the locals are addicted to them. This tour will take you to famous restaurants and special chaat corners all over Delhi. Eat and enjoy the authentic taste of the cuisines.

Delhi’s historical monuments and haveli are famous worldwide. This tour will take you to the famous haveli in Chandni Chowk where you will be on a great walk and explore the past behind these massive historic places.

Indian food is a very famous thing about India. Indian Accent Restaurant is a perfect place to dine with your family or friends. It is located on the Lodhi Road, New Delhi. The restaurant is based on reservation and is 100% vegetarian-friendly and also child-friendly. It also has a bar inside and has many reserved seat option like outdoor seating, private dining, and many more options.

The Sorrento restaurant is located in Connaught place, serves a great variety of cuisines like Italian, Mediterranean, European and many more variety. The restaurant provides customers with Free Wifi. It also has a bar inside and server wine and beer. This place accepts all types of cards, Visa, Mastercard, credit card and American Express.

The Dakshin restaurant is located inside the Shereton Hotel, Saket, New Delhi. The cuisines here are vegetarian-friendly and comprises of Indian and Asian food. The restaurant does not have a full bar but serves alcohol. It provides with valet parking, validated parking and other features. It is open all days.

The Dum Pukht is located in Chanakyapuri, New Delhi. The restaurant is a vegetarian-friendly restaurant with a full bar inside. It provides with reservation, seating, parking lot, valet parking and validated parking and group celebration. Visit them and celebrate your birthday or anniversary with perfect Indian cuisines.

6. Parathe Wali Galli
Parathe Wali Galli or Galli Parathe Wali is one of the most famous places to eat in Delhi. It is located in New Delhi, in a narrow street, Chandni Chowk. It is famous for its delicious paranthas or flatbreads. It is a massive tourist attraction in Delhi the locals, as well as outsiders, love to eat in Paranthe Wali Galli

India celebrates Republic Day as on January 26, 1950 the constitution came into the act and established as a governing document. India celebrates Republic Day in a beautiful way. Massive military parades take place including the Indian Army, Airforce, and Navy. Traditional cultural parades are also held in India Gate where the President sits with a guest every year to watch the parades. The huge crowd can be seen while the program is going on. Bravery Awards are given to the soldiers who lost their lives during the year for the country. During the parade “fly past” is also done to salute the President of India. Also, students from many schools perform in front of the President and the whole program is broadcast live in the whole nation.