Mauritius is a soothing island in the majestic Indian ocean near the African subcontinent. It’s calm beaches, magnificent white sand, and amazing lagoons. It has the world’s third largest coral reef, making it one of the topmost holiday destinations in a traveller’s bucket list. 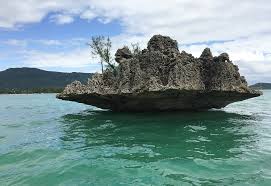 If you love exploring and are looking to fulfil your wanderlust by travelling breathtakingly beautiful places in the world, then definitely you should soon make a trip to Mauritius. A peaceful, soothing ambience with incredible natural beauty makes it one of the best getaway if you are looking for a relaxing vacation.

For honeymooners, Mauritius could be the destination to make their honeymoon a memorable one, with its quiet and serene ambience very far from the hustles of the crowd, where you can share significant time with your loved ones. This is one of the favourably sought after honeymoon destinations in the world. 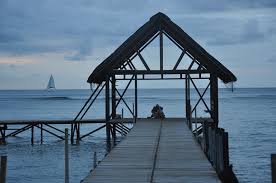 Planning for a trip to Mauritius, but don’t know how to prepare a mesmerizing trip. Don’t worry! Let’s explore about Mauritius, its beautiful places to visit, things to do, how to reach and the best time to plan a trip.

Mauritius is situated off the Southeast Coast of Africa. The Republic of Mauritius comprises of Mauritius, Rodrigues, Agalega and St. Brandon islands. It has a rich historical culture with an amalgam of Dutch, French, British, Indian and Chinese influence. Being a Dutch, French and then British colony in the past one could see the significance of these cultures on the country.

Apart from these surprisingly, Mauritius has a rich Indian culture too with an influence of Bhojpuri, Hindi, Marathi, Odia, Tamil, Telugu and Urdu languages.

The currency of Mauritius is Mauritian Rupee (MUR), where 1 MUR approximately values Rs. 2.05 Indian Rupees and this makes it an affordable holiday which fits into your budget.

With clean, fresh air and abundant flora and fauna Mauritius which is ranked second in the Air Quality Index rated by WHO (World Health Organisation) in 2011, makes it an ideal place to be in touch with nature, with a relaxing and detoxifying holiday.

Only knowing English would be sufficient for your trip to Mauritius as English is one of the official languages apart from French. And being an Indian, you have higher chances that you might bump into a person with Indian ancestry speaking your native language.

Here is the list of best places to visit on your trip to Mauritius:

Located in the South-western region of Mauritius, it is also known as the Seven Colored Earth of Chamarel. A place of wonderful geological captivating beauty, where this lovely geological formation of soil is a natural phenomenon created by basaltic lava.

Due to the decomposition of volcanic rocks, the soil is found in different shades of red, violet, green, blue, purple and many more hues creating an ombre effect. These colours remain intact and do not erode even in adverse weather conditions.

Also, you can visit the Chamarel waterfall nearby, which plunges in a single fall from a height of 85 m.

This is a tiny coral island off the Southern Coast of Mauritius Island which is a nature reserve and sanctuary of exotic and indigenous species. Under the supervision of Mauritian Wildlife Foundation, this island is a natural museum being a habitat to numerous endemic and native animal and plant species.

Towards the Southern Coast of Mauritius, find yourself close to the pristine nature amidst the white sand beaches and tropical green vegetation. Here, you could visit the Le Morne Brabant which is a UNESCO World Heritage site for the historical and cultural heritage.

It has beaches with shallow waters suitable for non-swimmers and children. There is reef right in front of the beach and is famous for snorkeling and kitesurfing.

You get a fleet of different accommodation such as luxury resorts, hotels, studios, apartments, villas etc. whatever fits you the best in your budget. Local stalls and restaurants offer the best of the authentic local delicacies which will soothe the food lover in you.

Located in Pamplemousses, this is one of the oldest botanical gardens in the Southern Hemisphere. Established by Pierre Poivre in 1767, this garden has a huge pond with South American native water lilies, 85 varieties of palm trees. The park is also famous for bird watching and has deer and giant Aldabra tortoises too.

Located on the Eastern Coast of Mauritius, it is also known as the Deer Island, a haven for relaxation amidst the white sandy pristine beaches and lush green vegetation.

Ile Aux Cerfs Island is known for snorkelling areas, it has breathtakingly beautiful coral reefs with flourishing wildlife. Other adventures include thrilling parasailing where you can have the bird’s view sight of the lagoon and island.

It has small markets, golf course and many hotels and resorts for a comfortable stay.

It is not just limited to the crocodiles as the name suggests, but also has a variety of other indigenous species with rich flora and fauna. You get to see giant bats, giant turtles, monkeys and a vast collection of butterflies.

Being a historical mansion dated back to the 19th century Creole mansion attracts history buffs. Located in Moka, surrounded by the waterfalls of the Moka River and the Moka range, this place had been owned by the French and British aristocrats.

It has well preserved colonial furniture and interiors. This place is a jewel of heritage and is a must visit on your trip to Mauritius.

Aapravasi Ghat is a historical place which was built during the colonial times to keep Indians brought in Mauritius as labourers in the sugar mills. Located in Port Louis, it served as an immigrant depot. Built in 1849, it hosted around half a million labourers who came to work in the sugar plantations.

Rodrigues is a mountainous island, which is a quiet place far from the hustles of the crowd. It has expansive lagoon with blue waters, especially for people who look for calm places to relax.

Things to do in Mauritius

Here are the things you should do during your Mauritius trip:

Sun Soak on the beaches

Enjoy your holidays by relaxing in the fresh air along the pristine white sandy beaches, and slow down to detox yourself.

Snorkelling and other water adventures

With diverse underwater flora and fauna in the coral reefs, you need to swim with the fishes and explore the marine life with snorkelling. Also, you can perform other water adventures.

Mauritian cuisine is diverse as its demographics and colonial and Asian influence on the food can be seen. Indulge yourself in the lip-smacking Mauritian cuisine from the local eateries and restaurants on your trip.

Mauritius has a rich history since the time of colonization. Having been a Dutch, French and British colony in the past, it has number of sites which are significant in history.

Shop from the local markets

Visit the local markets to buy the extensive handicrafts and other items from the local bazaars. Don’t miss the Dodo souvenirs on your trip to Mauritius. Dodo which is now an extinct bird was found in abundance only in Mauritius and still holds its importance in the culture.

Visit the botanical garden and national parks to explore the extensive indigenous biodiversity in Mauritius.

Mauritius is a tropical island which remains warm all the year round. If you want to make your holidays amazing, then the best time to visit Mauritius is from May to December when the weather is dry, sunny and cool. While from November to April the weather is scorching and humid and it is better to visit the islands during the winter season.

How to reach Mauritius

The capital city of Port Louis is the primary international airport which connects the country from the world via a network of international flights. One can quickly get a flight from New Delhi, Mumbai, Bangalore, Chennai and Kolkata to Mauritius.

An Indian national can quickly get a 60 days tourist visa on arrival by holding a valid passport and return tickets upon reaching Mauritius.

Are you planning a trip to Mauritius? Let us make your trip a memorable one. Feel free to contact us, and we at Thripzel ensure that you get a fantastic trip custom planned only for you in the best of the prices.